Heading into the evening when the winds and rains will be at its worst. I have to admit, it sounds really scary. But we are safe and sound in the warm house with electricity. I can’t complain too much.

I do get the chance to watch the Chris Christie press conference (Governor of New Jersey).  I love that guy.  He was sooo annoyed with the Mayor of Atlantic City who apparently told people they did not need to evacuated and had people go to questionable shelters.  He was rolling his eyes during the press conference when referring to the Mayor.  I think the reason I loved this so much is it is one of my pet peeves as well.  When you are told to evacuate by emergency personnel you should evacuate.  They are not doing it because they want to be mean to you.  When you stay you risk someone else’s life as well as your own.  And why do you stay?  So you can check on your property sooner?  Seems kind of silly doesn’t it?  So I absolutely loved it when the Governor said for those of you in Atlantic City, shelter in place till morning because I am not risking emergency personnel’s lives to come rescue you because you were told to evacuate.  Thank you Governor!

Toby is now in a complete holding pattern….we are not going outside for at least 12 hours.  He has hunkered down and is sleeping with one ear open – in case he gets the call to immediately evacuate.

As for me, I opened up the bottle of wine, got a puzzle out, and am listening to the rain, wind and the radio.  Oh yeah, it’s a wild night with Frankenstorm.   Thinking and hoping we are getting pretty luck with this one.

PS  My neighbor has decided this is the best time to hammer. I have no idea what they are hammering, but it is constant hammering.  I fully expect to see every inch of their walls covered with pictures.  Or perhaps they are building an Arc.  Regardless –its weird and annoying! 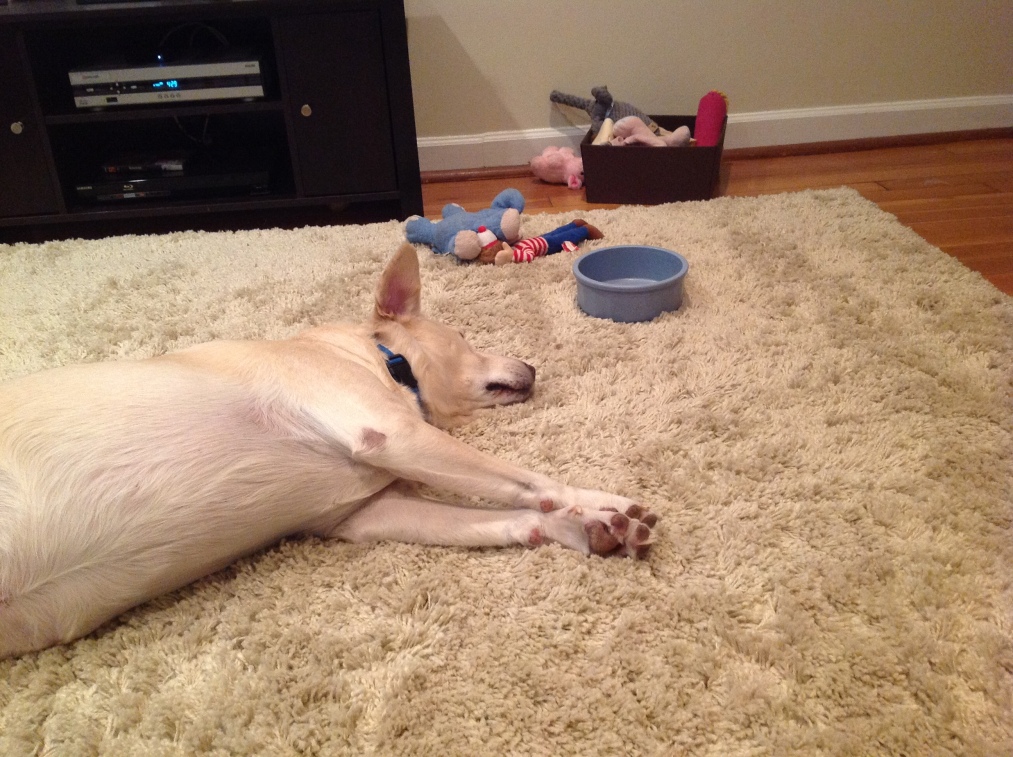